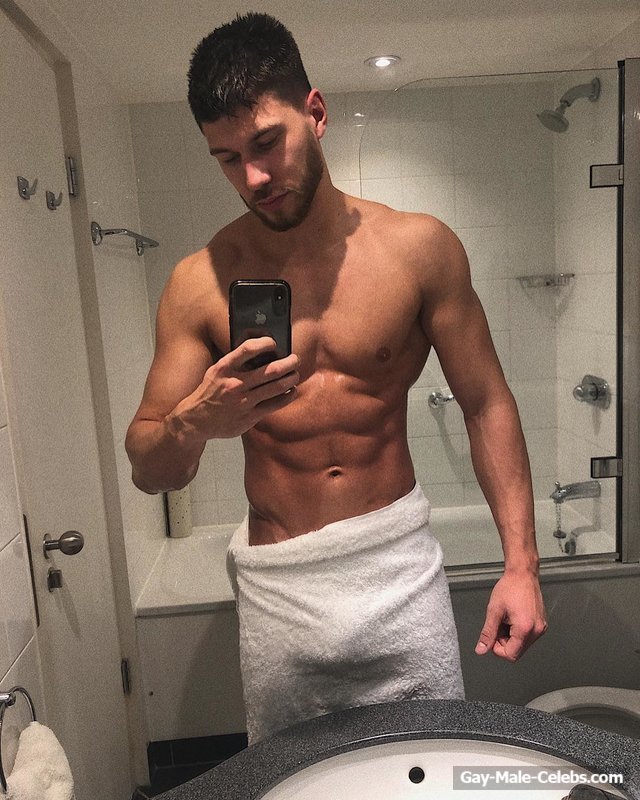 Reality Star Jack Fowler has huge muscles and he shows them off in the bathroom along with his bulge that is visible under the towel. The dude does not remove his towel but he does strike up some sexy poses in front of the camera and he looks stunning outdoors without a shirt on the next photo when it is sunny day. 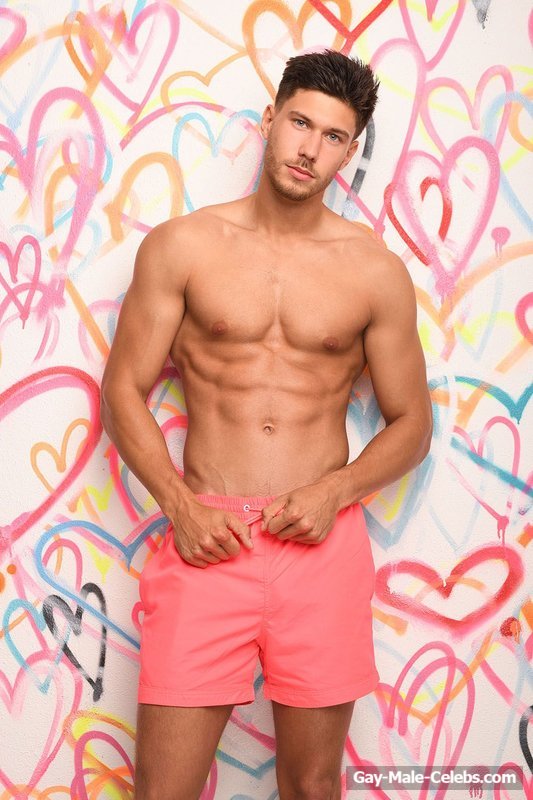 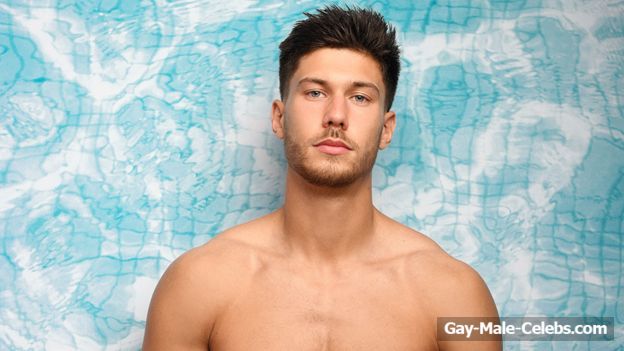 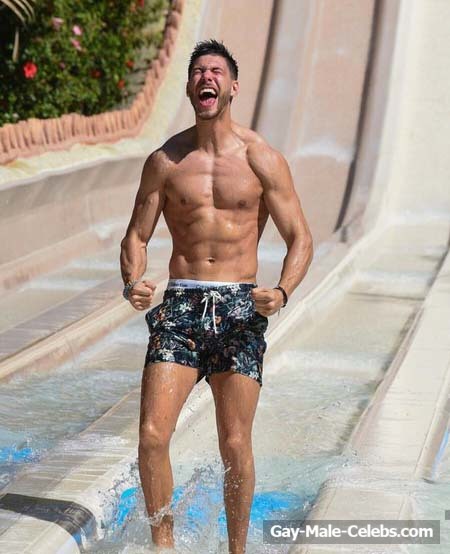 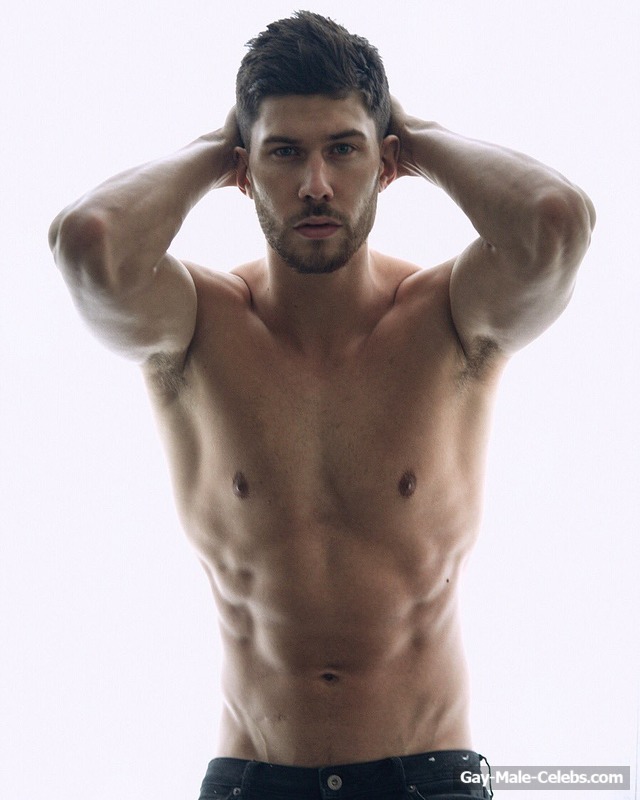 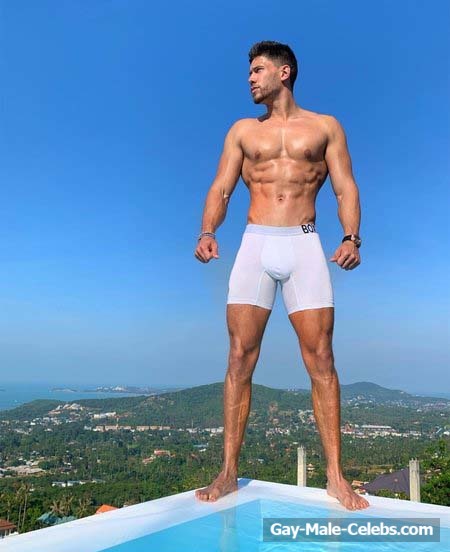 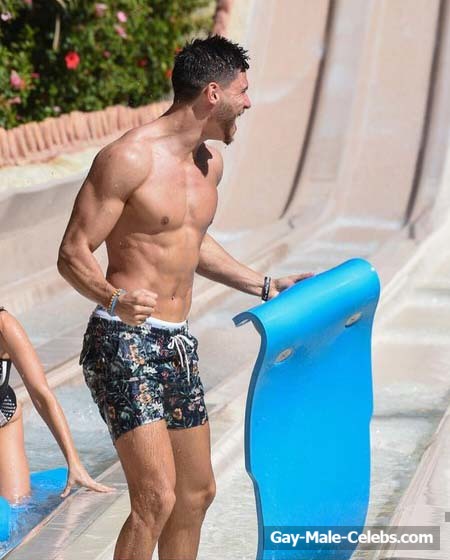