American actor Jack Black decided to tease his fans by appearing nude in The D Train (Bad Bromance). This guy showed off his chubby buttocks as he stepped out of the shower and even striptease in front of his mistress. Jack Black also played well in the nude gay sex scene in the film. At first, he was kissing a guy, and then ended up in the same bed with him. This actor is full of surprises, isn’t he? 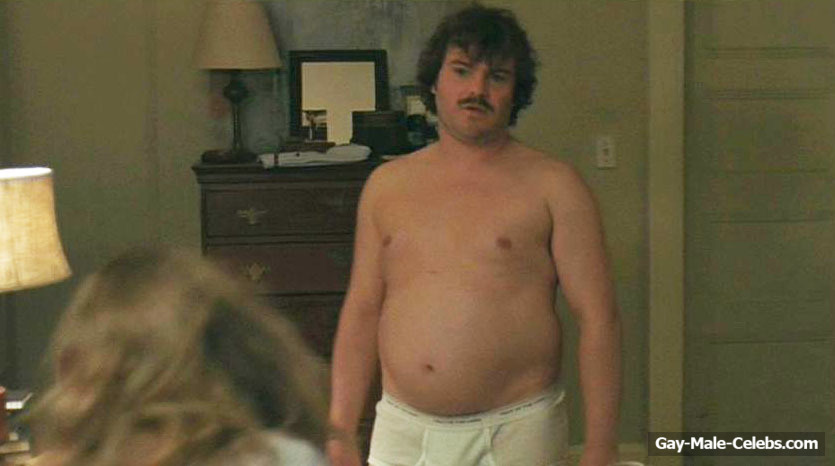