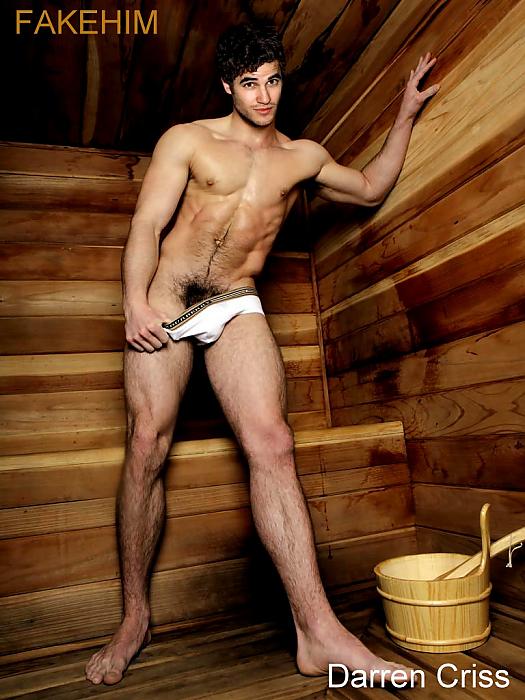 Darren Criss portrayed Harry Potter in a couple of the musicals, but we fell in love with him on the second season of ‘Glee’.  On ‘Glee’ he plays the role of an openly gay student – Blaine Anderson.  While he’s never actually been nude on film,  we’re hoping that this fake is somewhat close.