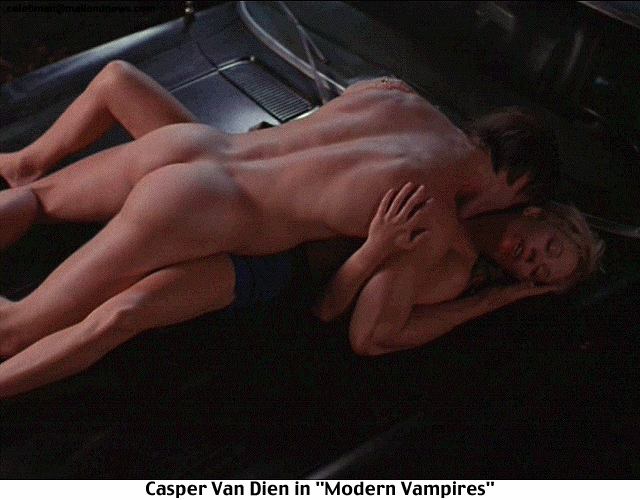 Casper Van Dien starred in ‘Modern Vampires’ in 1998.  Before that, he did work on a few different soaps and several movies, including ‘Starship Troopers’.  He’s done several movies since then, but chances are you’ve never heard of any of them.  His naked ass needs to make its way back to the big screen.